John Powell, a Californian born artist, began to paint at the age of sixteen and still continues to paint on a daily basis at the age of ninety. Powell has used his life experiences over the past forty-five years to develop his own signature style. His paintings are precise, intricate, and express his great love of flowers, gardens, textiles, pottery, and art from around the world. Often described as a lyrical realist, Powell has devoted his life to his work. He has produced hundreds of inspired canvases and has exhibited in solo shows in the United States and Japan. In 1996, John was awarded the title of “World Federation of the United Nations Association’s Artist of the Year”, and his work was added to the permanent collection of the Philatelic Museum at the Palais de Nations in Geneva, Switzerland. Powell brings to life his “visions of paradise” for the world to enjoy. 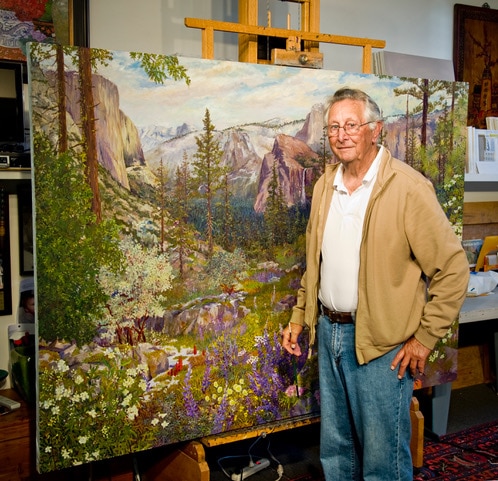 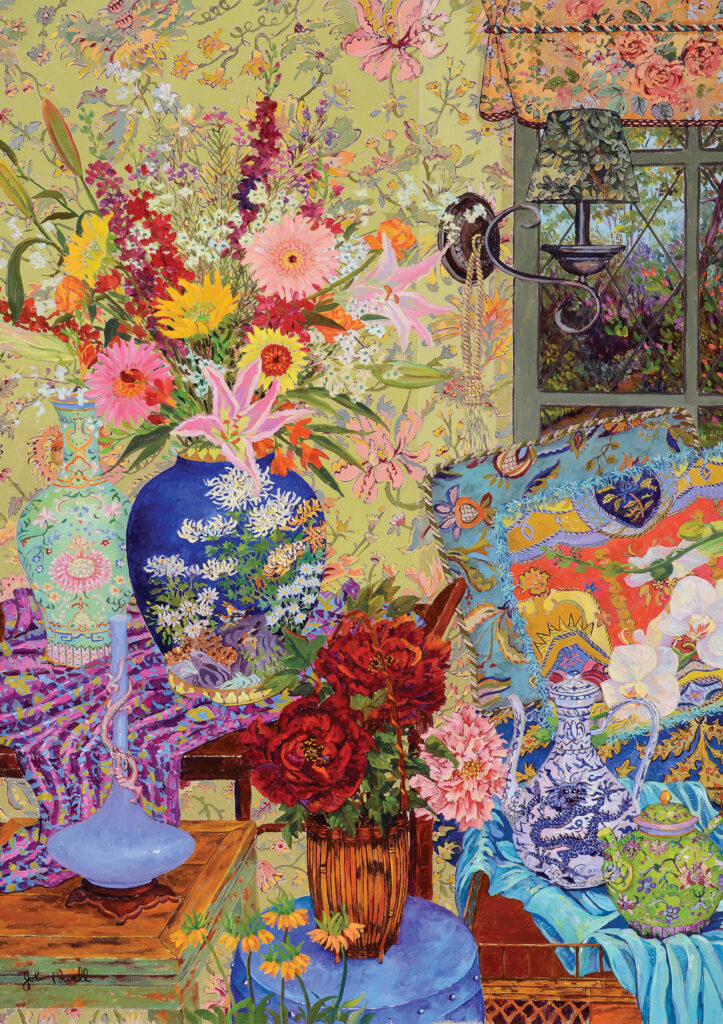