John William Waterhouse (1849-1917) was an English painter well known for his participation in the Pre-Raphaelite Brotherhood; a collection of poets and painters who rebelled against the art establishment and the mechanical approach to art. Waterhouse, born in Rome, studied at the Royal Academy of Art in London, taking inspiration from Romantic and Early Renaissance painters. Waterhouse’s work is composed primarily of depictions of women from Greek mythology and Arthurian legend, and many of his paintings are based on authors such as Homer, Shakespeare, and Keats. Thisbe depicts the heroine from a Babylonian forbidden-love story, where Thisbe can only communicate with her love through a crack in the wall between their houses. The story of Pyramus and Thisbe is part of the Roman poet Ovid’s The Metamorphoses, Book IV, and has since been retold by many authors. 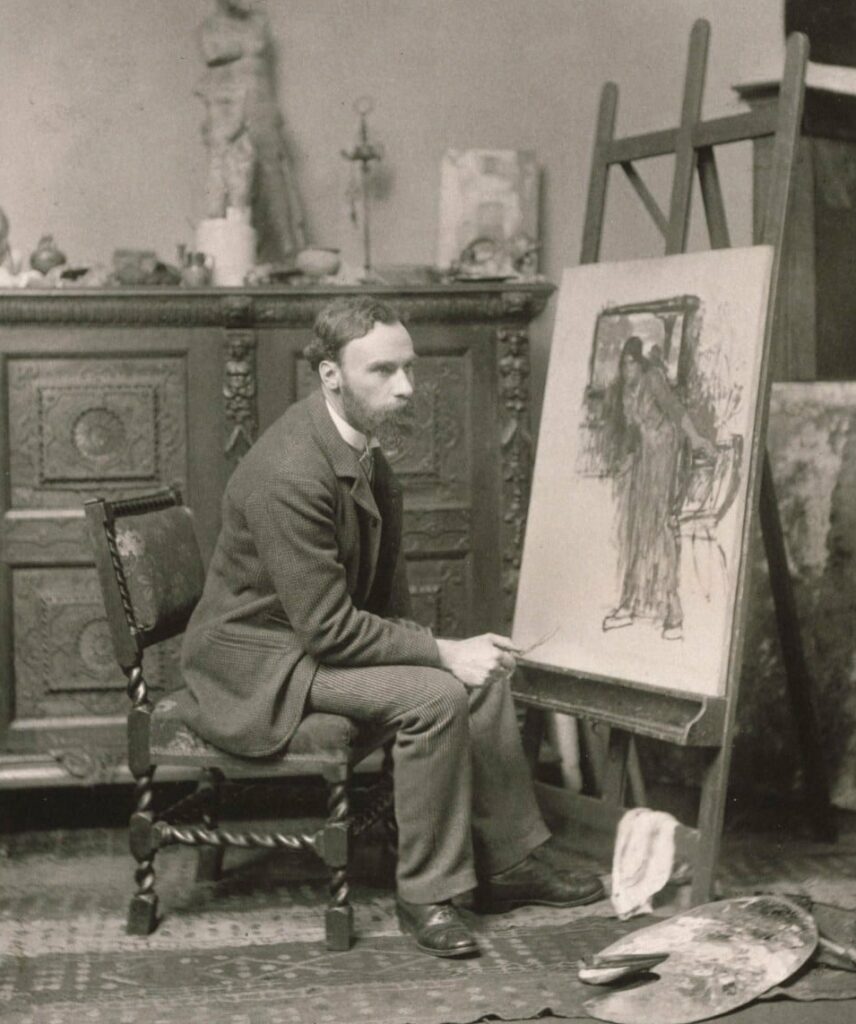