I Thought the Streets Were Paved with Gold

I Thought the Streets Were Paved With Gold is a 1000 piece puzzle featuring the art of Pacita Abad.

I Thought the Streets Were Paved With Gold is a 1000 piece puzzle featuring the art of Pacita Abad.

Difficulty:
About The Artist

Perhaps more than any other artist featured in our growing collection, the work of Pacita Abad encapsulates the fighting spirit of US immigrant populations. Her empathic representation is striking for its thematic juxtaposition of universal, systemic struggle with triumphant hope and immutable vibrancy in the face of insurmountable odds. Born in the Philippines in 1946, Abad emigrated to the United States to study at the Corcoran School of Art in Washington, D.C where she developed her singular technique of trapunto painting -a hybridization of quilting and collage that rendered her canvases into three-dimensional landscapes that both support and interact with her uniquely abstract application of paint,  bearing whole new worlds as naturally as life itself. Her subjects were primarily the unseen actors in the ecosystem of American economics that, despite barriers of language, education, and social capital, comprised the very fabric of a nation’s way of life. Following her death in 2004, Abad’s stature in the international arena of fine art continues to flourish. From Tate Modern in London, to the National Gallery of Singapore, the M+ Museum in Hong Kong, and the National Museum of Women in The Arts in Washington, D.C., Pacita Abad’s work is proudly displayed in esteemed collections around the globe. 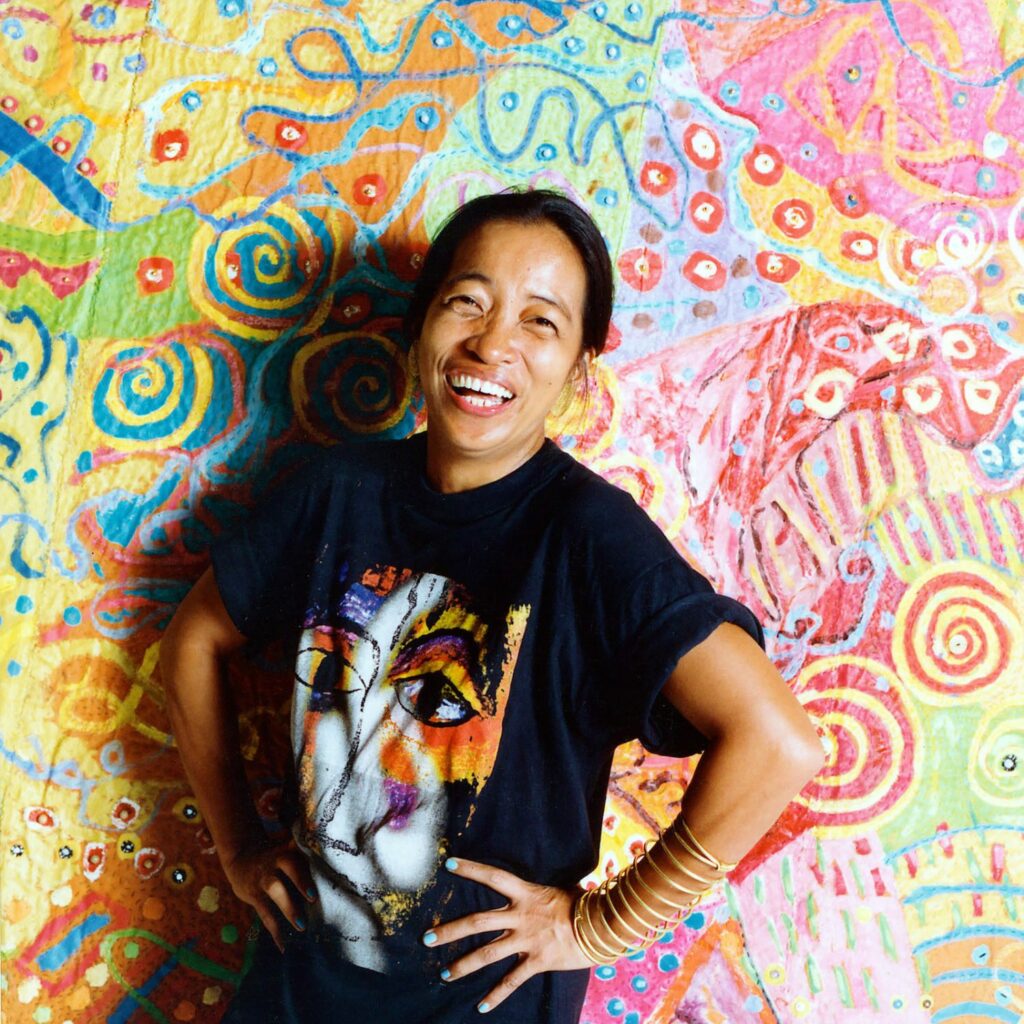 *3 Ship for Free anywhere in the contiguous USA, with a minimum cart total of $65.00.

$12.99 Flat Rate Shipping on all purchases going to Hawaii and Alaska.

For our customers in Canada, Australia, New Zealand, Mexico, Chile, Thailand, Europe, or the UK, follow this link to see where you can buy A&F puzzles in your country! International Retailers of Art & Fable Puzzles  Contact us at service@artandfablepuzzlecompany.com for more retailers near you!

Donations from the sale of this puzzle will go to Doctors Without Borders (Médecins Sans Frontières).

MSF assists populations in distress due to natural or man-made disasters or armed conflict. They do so irrespective of gender, race, religion, creed, or political convictions.