The Penguin in the Room

The Penguin in the Room is a 1000-piece puzzle featuring the art of Mick Turner.

The Penguin in the Room is a 1000-piece puzzle featuring the art of Mick Turner.

Difficulty:
About The Artist

Mick Turner of Melbourne, Australia, is a painter, sculptor, and musician, who spent decades touring the globe as guitarist for the legendary instrumental trio, Dirty Three.  Turner’s handwriting is instantly recognizable across mediums. His music and visual art are rendered magnetic by his uncanny ability to surrender and find his symbiotic niche, regardless of the artistic ecosystem. Marked by a reverence for the human condition and natural world, his paintings embrace a hopeful naivism reminiscent of Chagall. In Penguin in the Room, Turner welcomes us into his studio for an intimate glimpse of the universe he builds stroke-by-stroke, and note-by-note. Painted from memory, the painting depicts childhood photographs alongside his artworks spanning the past fifteen years. We experience a suspension of time and space here that imbues the piece with an irresistible buoyancy. Turner celebrates with playful exaggerations of scale and vivid swaths of color, inviting us to join him in the timeless, boundless joy of creation. 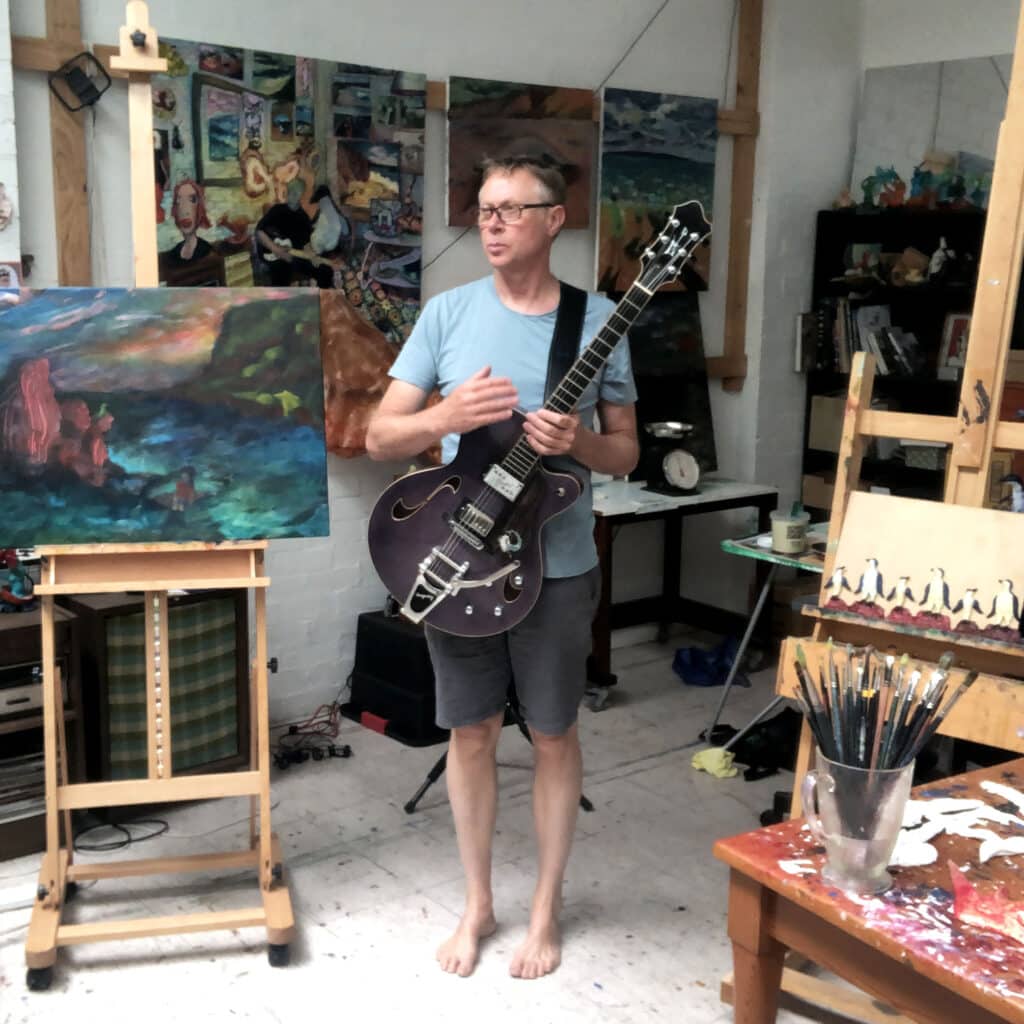 *3 Ship for Free anywhere in the contiguous USA, with a minimum cart total of $60.00.

$12.99 Flat Rate Shipping on all purchases going to Hawaii and Alaska.

For our customers in Canada, Australia, New Zealand, Mexico, Chile, Thailand, Europe, or the UK, follow this link to see where you can buy A&F puzzles in your country! International Retailers of Art & Fable Puzzles  Contact us at service@artandfablepuzzlecompany.com for more retailers near you!

Donations from the sale of this puzzle will go to Greenpeace.

Greenpeace fights for a greener, healthier world for our oceans, forests, food, and climate.